Home Prices in Wisconsin are Stabilizing

Amidst the turmoil and problems of the year, there was some good news about Wisconsin home values in the year 2011; prices have stabilized. Based on a year-end report conducted by the Wisconsin Realtors® Association (WRA), the number of homes sold was slightly better than for the year 2010. And the price drop from 2010 to 2011 has been minor, signaling that we may have found the bottom of the price bubble. 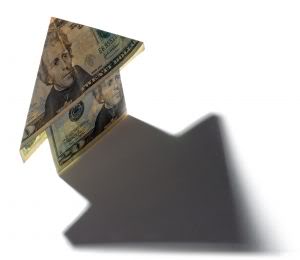 However, this trend is not a surprise to seasoned real estate agents. The Federal Homebuyer credit that was so popular during the year 2010 was projected to have a negative impact on the first six months of 2011. This prediction came true. Even more importantly, the latter half of 2011 saw a strong increase in home sales that were higher than the same point from 2010.

The best news is the fact that the number of homes selling has increased. While different parts of Wisconsin have seen varying degrees of improvement, the entire state has benefitted from improvements made in the economy. While government has shown a loss in jobs, the private sector is increasing enough in new jobs to offset the government loss. This has led to a drop in the total state unemployment number, down from 7.6% to 7.1%

Obviously, when the price of goods drops it usually signals more buying from consumers. The same is true for homes across Wisconsin. Historically low mortgage rates, paired with lower home prices, have enabled more families to buy that first elusive home. While the average home price is roughly 25% to 30% lower today than it was in 2006, the recent trends are promising. Prices will rise with increased demand. As long as unemployment continues to drop and people continue to purchase homes, the prices will eventually rise again.

Everything moves in Cycles

Keep in mind that the state economy is like a giant organism. When something affects one part, another part is affected as well. Case in point, apartments are beginning to see a good recovery. A large number of people have chosen to rent a place for the short term while they make their plans to buy a home. As this trend continues, the price to rent an apartment or single family home will rise. When the price to rent becomes higher than the monthly payment on a typical mortgage, more people will look to purchase a home.

The last few years have been tough on a lot of people. Loss of jobs, drop in home prices and a general feeling of despair have been quite common. However, times are improving, if only slightly. Now is the time to get our financial houses in order and push forward to take advantage of the great home ownership opportunities that lie before us.

We have seen what happened to many American families when year-after-year they had income of say only $40,000 and borrowed $20,000, so as to spend $60,000 each year. After just 5 years the families were each in debt well over $100,000. In one way or another, the banks bought their debt, allowing the families to continue their poor financial management habits; but it was not long before families could not maintain, the banks foreclosed, and the families lost their homes and filed for bankruptcy.

It will not be long before the United States of America will face something similar… a form of foreclosure and bankruptcy, as China forecloses on the debt America owes China. In other words, US citizens (you and me) are in debt to China (the bank), and China may someday have no choice but to take our “house” (the entire country.)

What will the USA be like when China takes possession of our country? Showing a high level of moral integrity, will American leaders do the right thing and simply “give up the keys” and turn over control of our “house”, the country? Or, will U.S. leaders choose instead to fight China in a war to avoid America’s responsibility, and ultimately destroy the “house” (our country)? Sounds like what many homeowners did before the bank took possession of their houses.

Can we avoid the loss of our country to China? Yes! We Can!

By cutting every local, State, and Federal budget by 50%, and fixing the annual budgets at that level for at least ten years; then simultaneously, beginning a 30-year fully-amortizing monthly payment to China so as to eliminate the debt. Also, at the same time, by raising the Federal personal income tax rate to 50% of gross income over $25.000 for each and every adult U.S. resident, retired or actively working. For non-living entities, the 50% tax rate would be applied to their net operating incomes. The Federal government would then provide population-based revenue-sharing to each State, offset by what the Feds provides directly to each local government. All State and local income taxes would then be eliminated. Finally, Federal revenue surpluses would, likewise, be allocated to the States.

What about tax write-offs? Other than non-living entity operational expenses, there would be none. In fact, what good is a tax write-off when you have no income? Under this plan, every government expenditure gets cut in half; but the Federal government, through the States and local governments, could create more jobs and a little fairer personal income distribution throughout the nation.

By the end of each 10 year period, a census and other economic studies would be performed by the Federal government and effective adjustments made to the plan accordingly.

Submitted by a member of the “Coffee & Tea Club”

44.314844 -85.602364
Read more…
Okay kid’s here’s the skinny. 2010 What will it bring? If you are looking to make a move in Real Estate in the Portland Metro Market you are probably in what I would consider your perfect window. Price’s are going to continue to creep down as Seller’s compete against REO and Short Sales for Buyer’s.Interest Rates today are amazing. Under 5%, with good credit! Rates are probably as low as they are going to get because it wouldn’t be profitable to the lender’s to go any cheaper. Looking around I see the price of gas going up and we should be at $3 a gallon shortly. To me, that says inflation. Inflation says to the FED that they need to raise the Prime Rate in order to control it. It’s not their only tool but at some point lending at 1/4 % will end. Now, this is something that they do not want to do, but at some point in 2010 they will have to. Once this occurs and your rates go up, the buying power that is available today will decrease. There’s really only one reaction that can occur; prices will get pushed down again.I know that no one wants to hear that housing values are going to continue to fall, but unless people get pay raises in conjunction with the upcoming interest rate increases, the Buyer’s buying power will decrease. For example; if you can afford a $1,500 mortgage PITI, and the rates go up, you can’t afford more you just have to buy a cheaper house. For example at 5% interest $10,000 borrowed will cost you approximately 5.02. If interest rates are at 6% and now that $10,000 cost you $6.27. You still make what you make so your buying power is weakened. If you’re a Seller and the Buyer’s have been pushed out of your price range what are you going to do? Lower the price down to where the Buyer’s can again afford your home. So, I think that prices will continue to get pushed down some more. I just don’t see a different solution, but nothing would please me more than to be wrong.I’ve said a mouthful let's get some feedback and help us all have a better 2010. How hard could that be? ;0P
Read more…
Warren Buffett called them “weapons of mass destruction” in 2003.President Bush said they had to be regulated.So did the chairman of the Securities and Exchange Commission, and the current head of the Federal reserve.As did the G-20 group of the world's 20 richest nations.Former Federal Reserve Chairman Alan Greenspan - after being one of their biggest cheerleaders - now says they are dangerous.And a Nobel prize-winning economist said they should be “blown up or burned”, and we should start fresh.What Are They Talking About?What are the above-listed folks talking about?A financial instrument called “credit default swaps” (CDS for short).CDS are like an insurance contract, where the purchaser buys "insurance" that a company won't go out of business from a seller. If the company stays in business, the purchaser pays premiums to the seller, but if the company goes belly up, the seller has to pay the face value of the CDS "policy".Why are CDS so dangerous?For the rest of the article go to: Cause Of Economic Crisis
Read more…