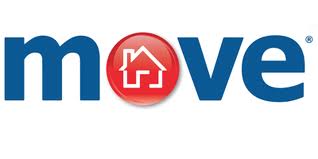 In business and commerce circles, the big news just days into October is the buy-out of Move Incorporated by the newspaper and media giant News Corporation. So who are Move Inc and why did News Corporation decide to splash out an eye-watering $950 million for the business? In the United States, Move Inc stands as the third biggest online real estate listing firm. It helps home buyers and sellers to purchase a new home by providing them with tools, guides, information and professionals from the real estate industry to make that purchase run as smooth as possible.

News Corporation is essentially a newspaper publisher which began its business from South Australia and later moved into New York to become the second-largest newspaper and media organization in the world. It now want to increase revenue and expand its business beyond just selling papers and promoting a media front and real estate is seen as a pretty good sector to get the turnover and extra revenue it now seeks.

As for Move Inc, the buy-out could see the online real estate listing agency become a real giant and a major player in the U.S. online home retail market. Robert Thomson is the Chief Executive Officer at News Corporation these days and he predicts Move Inc will soon become the United States’ biggest online real estate listing firm, thanks to News Corp’s influx of cash and support. News Corp needs a change after the scandals of 2011 when the company was forced to close down its best-selling Sunday newspaper in the UK, News of the World. Allegations of phone hacking seriously depleted the organization’s reputation both in the United Kingdom and abroad.

Mr Thomson also believes that online home buying and internet real estate business is a growing market that has not yet taken off to the heights he believes it could reach. News Corp are convinced this sector is still in its infancy and is at the early stage of development. If it is right then the prospects for extra revenue could be huge in years to come.

There is no doubt that more and more people are now using the internet to buy their next home. Many Americans have actually purchased real estate by using self-help tools and become their very own real estate agent, just like many have booked their vacations online without using a travel agent.

Only time will tell if this was the best move for News corp and to see what direction Online Real Estate Listing Services will take.