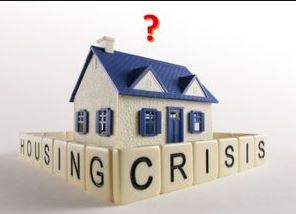 Last week, April 15th, I published a blog about titled, “The Impact of Not Paying Your Mortgage” where I focused almost exclusively on the direct impact to mortgage back securities and the widespread reach into each of our retirements. In that blog, I hinted at the fact that there was much more to be said on this topic yet, that would come at a later day and that day is now. Before I get started on the further impact of mass mortgage defaults, let me invite you to read my original blog, which you can find here: https://lhrllc.info/liberty-house-blog/f/the-impact-of-not-paying-your-mortgage

The Wuhan Chinese Coronavirus global pandemic has gripped our country into an economic stranglehold that will take generations to fully understand. To even come close to equating this time in our nation’s history, one must go all the way back to the Great Depression of the 1930’s. Even though most of us were born much later, the Great Recession of 2008 should still be in most people’s memory, I know it’s in mine. The Great Recession has never left my memory as it happens to be one area that I know a little about as a Real Estate Broker who has spent a career in the REO / Foreclosure niche during that time. If you would indulge me a little, let me share with you the wider spread impact of mortgage defaults that so many seem to forget but, before I do that, let’s spend a little time talking about the CARES Act.

In a rushed a hurried effort to stay off any housing collapse due to the Wuhan Chinese Coronavirus, our well-meaning legislators passed legislation that all but handed a majority of homeowners a Willy Wonka golden ticket encouraging people to not pay their mortgage. As honorable as those intentions may be, it’s my belief they have just turned a bad situation worse. Of course, when talking about the CARES Act, one must not forget, we are in a Presidential election cycle and it’s shaping up to be an epic battle between socialism and capitalism.

The most important thing you need to know about real estate and more specifically that monthly mortgage payment is that it’s an interconnected web. You need to think of it as an ecosystem on its own right. An ecosystem of balance that is built on the homeowner’s monthly mortgage payment without which has the power to collapse the entire system. Let’s start at the beginning.

When a homeowner makes a monthly mortgage payment, I can think of at least 5 things he’s paying both directly and indirectly. First off is the mortgage principal. All the mortgage principal is the outstanding balance owed minus of course the interest to the lender. Secondly is the mortgage interest or the money charged by the bank on the loan. Thirdly are the property taxes. Fourthly is the hazard insurance protecting the asset from catastrophic loss. Finally, the dividends paid on behalf of the mortgage backed security. I’m sure we can think of more but, for the sake of time and ease of understanding, let’s just focus on these top 5, so to speak. All of this can account of tens of billions of dollars and cumulative, across the entire banking ecosystem, trillions of dollars.

For most mortgages in this country, they are guaranteed by the U.S. Treasury. Let me say this again, it’s worth repeating. For most mortgages, they are guaranteed by the U.S. Treasury also known as the U.S. taxpayer. This means, if the banks don’t have enough money to pay the MBS dividend payment the U.S. taxpayer will. Some estimates are that in the federally issued mortgages, that accounts for about 2.2 trillion and in the conventional market, about 5.5 trillion. Now, I’ve covered MBS and CDO’s in my previous blog, which I linked up above so, let’s use this blog to focus on mortgage principal, interest, taxes and insurance.

Mortgage principal and interest are more often tied together so, let’s treat those as one issue. The American people are under the illusion that banks are sitting on vast wealth deposits like hidden bunkers of cash however, that’s just not true. In fact, multiple times this year, the federal reserve has issued trillions in over night bank loans just to ensure the banks have enough operating cash to keep the lights on and meet minimum bank reserve deposits. Let me put this another way. Some of the largest banks in our country and, for that matter the world, go to the Federal Reserve every night and ask for billions in over night loans just because they won’t have enough cash on hand to not only pay their own bills but to have the minimum cash as required by bank reserve laws. They won’t have that money till they count the payments that come in the next day. That’s why we call those loans, “overnight” loans. They are literally short term, over night loans so that the bank can meet its financial requirements until the next day, when they start depositing payments, like, car loans, credit cards and mortgages. Just to be clear, this has been happening, long before the Wuhan Chinese Flu. Feel that cold chill up your spine yet? No…. well, it’s about to get worse.

Imagine, if you will, a historically unprecedented mass of non-payments. Let’s say, somewhere in the tune of 20 million people, all at once, refusing to pay their mortgage, car loan and or credit card statements because, they lost their job last month and have no prospect of getting a new one anytime soon. Folks, you aren’t going to have to imagine this scenario for too much longer, that’s about to happen May 1.

That’s bad enough but now remember, insurance and taxes are in those payments as well, remember that ecosystem I was telling you about earlier, it’s all interconnected. Imagine May 1, millions, if not tens of millions not paying their homeowners insurance. Imagine the coverages that could lapse. Imagine the tragic “what if” scenario where a tornado rips through and destroys hundreds if not thousands of homes. Imagine the further burden on the American taxpayer. Here in Nashville, we have a economy that get’s a big chunk of it’s revenue from tourism, as you know, tourism has died so that revenue is gone and then, come May 1st, property taxes aren’t going to be getting paid. For a city that is required by our charter to have an annual balanced budget, we aren’t talking about cuts anymore, we are talking about austerity measures.

Finally and maybe most importantly, that well-meaning, well-intentioned CARES Act. Now, with the CARES Act, federally insured loans like, FHA / HUD, VA, USDA, FDIC and even Fannie Mae or Feddie Mac can get 12-month forbearance. That’s 12 months with no mortgage payment. Do I need to elaborate on how this may have just thrown water onto Greek fire?

We need to be coming up with a better solution here because, giving people a golden ticket to not pay their mortgage just isn’t going to work. In fact, it could very well lead to the country defaulting on its debt. I know none of this is fair. I understand we are at the mercy of the Wuhan Chinese Coronavirus pandemic. I understand millions of us are going to suffer and be irreparably harmed however, just as we prepared for triaging millions of people for the Wuhan Coronavirus, we need to start preparing our real estate industry similarly. Unfortunately, I’m not smart enough to know what the answer is but, what I do know is if we don’t start thinking of housing like a sick patient with millions of people at risk, we aren’t taking this issue seriously enough. 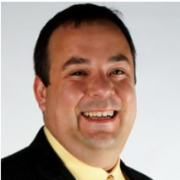 Jesse was originally licensed in September 2005 in the Great State of Tennessee. He started his career right as the real estate industry saw it’s worse collapse since the Great Depression. As a result, Jesse sought out opportunities to work directly with banks, focusing his career liquidating foreclosed homes. He worked with some of the country’s largest lenders, asset management companies and quasi government supported entities. This highly competitive field introduced Jesse to an intense time of development where he received top notch education direct from national policy makers, government entities, multi million dollar portfolio managers and many others. As the economy changed and with it the real estate market, Jesse changed as well.

As a direct result of listing and selling foreclosed homes, Jesse found that his career could also turn into a passion helping prevent foreclosure. He believed he could naturally transition his business from selling foreclosed homes to helping homeowners avoid foreclosure all together. His experience and knowledge working with banks gave him invaluable insight on what homeowners could do to avoid foreclosure. More importantly his experience would give his clients an edge when working with their banks to prevent foreclosure, keep their home, or if necessary sell their home and transition to more affordable housing.

Now as our country is once again facing the real possibility of a housing crisis due to the Coronavirus and REO is stepping back into the spotlight, Jesse is ready and prepared to work diligently in helping our country face this challenge with honesty, integrity, humility and grace. "As a REO Professional, I know REO is about people helping people. When we are talking about a family losing their home due to financial challenges, we must remember we are in the people business above and beyond anything else." Jesse Gonzalez